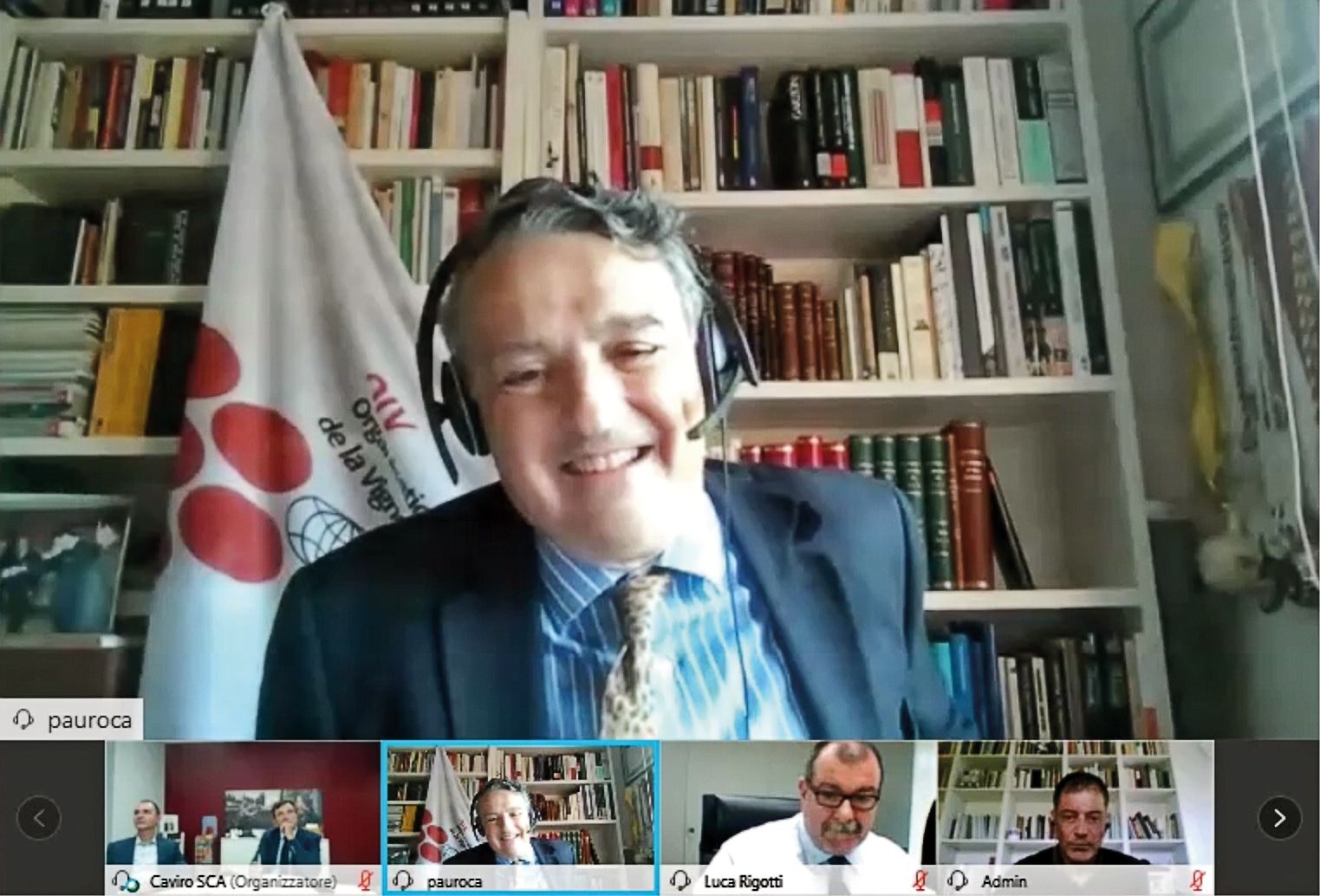 The videoconference meeting, chaired by Caviro, is an opportunity to discuss the wine market and the economic, social and environmental challenges of the near future.

The Caviro Group organized the World Forum of Wine Cooperatives by videoconference, an opportunity to discuss the effects of the pandemic on the world wine market and identify possible response strategies.

“This Forum was to be held at our headquarters in Italy and instead takes place via videoconference,” explained Carlo Dalmonte, President of the Caviro Group (this year also President in office of the Forum), “A new method that is now familiar to us. The pandemic has in fact changed many habits and also has a profound effect on the business in which we operate.”

Among the immediate effects, it emerged that the common denominator on all territories is the blockage of the Horeca channel, now slowly recovering, against a growth in purchases in supermarkets or with delivery and e-commerce. This has led not so much to a drop as to a change in the consumption of wine, linked to domestic and meal use, rather than to moments of leisure or conviviality. In fact, the general decrease in turnover rather than volumes is a worrying fact, a situation that is affecting the premium segments, pushing consumption towards products at lower prices.

There is general concern about the economic crisis on the horizon: “More social inequalities will appear and globalization will reduce its scope,” added Dalmonte, “It is a scenario in which the cooperative world can say and do a lot, because it is rooted in the territories and bearer of a fairer and more sustainable development model, capable of translating difficulties into opportunities. For example, it could be the right time to aim for a better quality and remove exogenous sugar from the product everywhere, to ensure that only the fruit of the vine is in the bottle.”

The difficulties of the agricultural economy

“The wine sector is in great difficulty,” added Luca Rigotti, coordinator of the wine sector Alleanza Cooperative Italiane, “And it is not the only one. The change in consumer habits to the detriment of the Horeca sector suggests a drop of between 20 and 25% in turnover, which can be quantified at around 2 billion euros.

We have asked politics, both national and European, to show more dynamism in promotion measures towards third countries. We are working in the European headquarters to obtain timely and uniform measures. Currently we are forced to work with a view to distillation, which although not a primary destination of the product, allows us to dispose of excess quantities.

For the future, we will have to equip ourselves to reason broadly, supporting the agricultural economy together.”.

The global potential of the vineyard

“This global crisis,” highlighted Pau Roca, DG Oiv, “Has seriously affected the large wine markets, such as Europe and the United States, and emerging ones, such as Brazil. It is estimated that turnover levels cannot be recovered before 2024/2025. We must take lessons from the Southern Hemisphere which in this crisis has been able to better support the wine sector, enhancing it. The approach of the bubble sector is also a lesson, which, following the 2008 crisis, had a great revival.

We will have to reformulate our offer, aware that the World Cooperative Forum can bring a great economic and, above all, human and social boost, since it is recognized in the cooperative model.”.

According to Roca, it is necessary to maintain product integrity and quality, to build a frank dialogue with the consumer, so that confidence in wine as a natural product remains high, capable of reversing prejudices and proving useful for health and the environment.

“The vineyard does not only produce wine.” said Roca, “53% of the world grape production is destined for winemaking, while 47% for food. The global crisis will also affect food and the vineyard will also be able to offer itself as a source of healthy and caloric foods such as fruit, juice, or raisin that can help fight hunger in the world. A speech on this issue was initiated with the FAO Secretary General within the United Nations Assembly, to promote research and development programs.”

Asia will be the most important reference market for the future, on the occasion of the 2025 universal exhibition to be held in Osaka. The wine cooperatives of the world must be present with a dedicated pavilion, to spread the culture and consumption of wine also that vast area of the world.