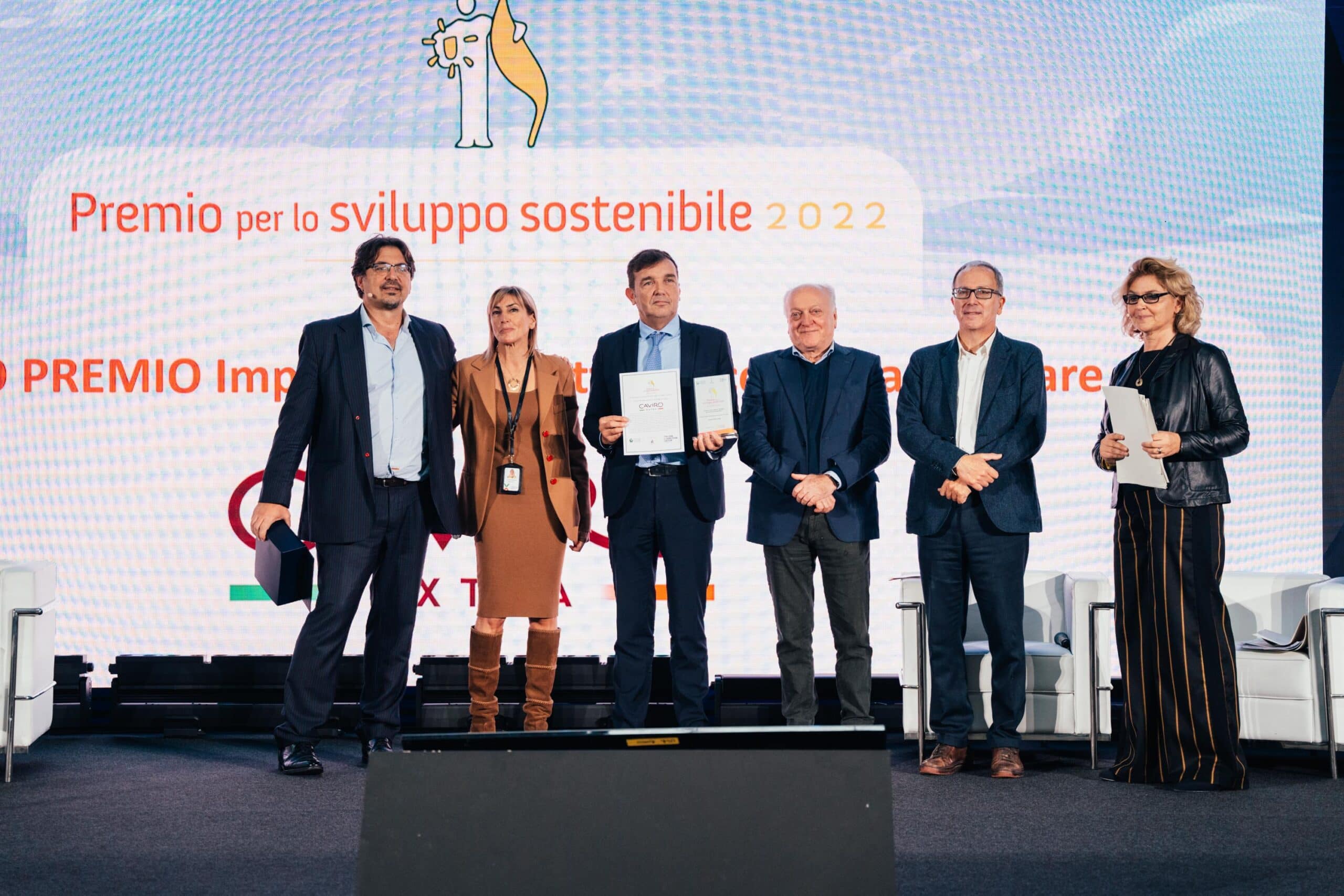 During the Ecomondo event dedicated to ecological transition, Caviro Extra received the Sustainable Development Award for its «Legàmi di vite» project, which previews investments of over 90 million Euros in circular economy.

An active commitment towards an even greener economy. On the occasion of the ECOMONDO Expo dedicated to ecological transition, Caviro Extra – a company part of the CAVIRO GROUP – was awarded First Prize by the 2022 Sustainable Development Award, created by the Sustainable Development Foundation and the Italian Exhibition Group, with the patronage of MITE.

Caviro stood up among the leading Italian companies in the green economy with the “Legàmi di Vite” project, which has been able to bring together important local wineries to improve the management and circular valorization of by-products and wine waste in order to generate renewable energy, biomethane and composted amendments.

«The main strength of “Legàmi di vite” is the fact that, for the first time, the participating companies, competitors on the market, have decided to work together to create a sustainable business model» – said Carlo Dalmonte, President of Caviro Group. «There are indissoluble bonds (“Legàmi”) – continues Dalmonte – which are only possible thanks to our 600 employees and 12,000  winemakers partners who contribute every day with passion and dedication to our virtuous model of Circular Economy».

The companies involved are responsible for over 25% of the Italian wine-related turnover, and over 21% of the export turnover. This ambitious project previews investments in the circular economy of over 90 million Euros, 40% of which (approximately 36 million Euros) are supported by public equity financing, and a generated occupational impact of approximately 70 work units per year.

Specifically, the planned actions are aimed at enhancing and bringing efficiency to the processing activities of the individual partners, with a particular focus on increasing the storage capacity of by-products, energy efficiency and implementation of new treatment plants. Caviro’s role will be to integrate these investments into a circular economy context.

Besides, the Group – with its subsidiary Caviro Extra Spa – has recently opened new innovative plants, including one for capturing CO2Bio, the District Heating which produces heat from the waste of the wine production chain, and the composting plant for the production of a new generation natural fertilizer: the Composted Soil Improver from Agri-Food Chain waste (Ammendante Compostato da scarti della Filiera Agroalimentare, or ACFA).

Furthermore, Caviro is currently working on several projects, such as the two-year Black to the future – Biochar and compost as soil amendment, that involves four European countries and aims to test the potential of a new soil amendment which would allow the accumulation of organic nutrients in the soil, thus fighting desertification and climate change by increasing soil capacity of CO2 sequestration.