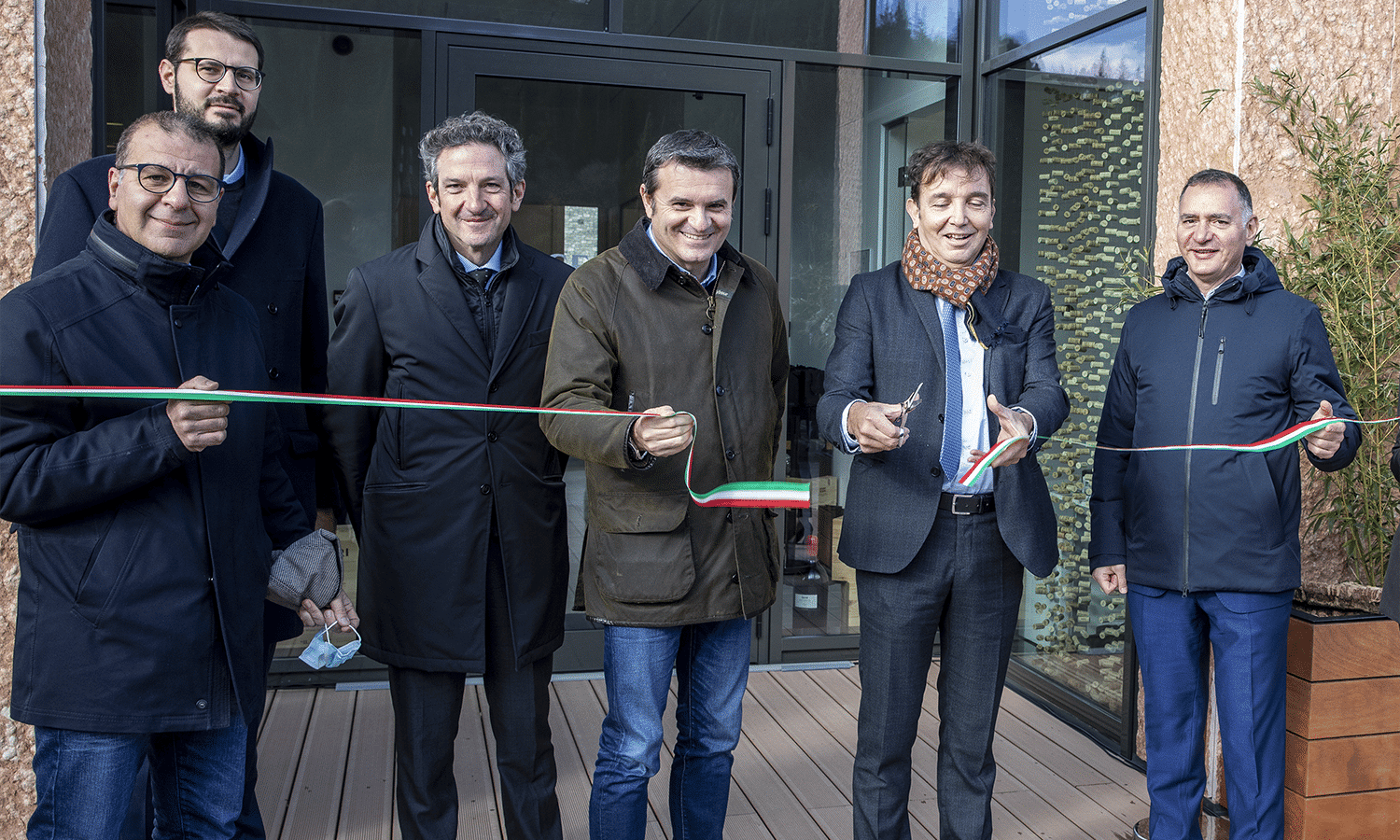 Dedicated to the production of Amarone and Ripasso of Gerardo Cesari (a company owned by Caviro Group), with a production capacity of 4 million bottles per year

Gerardo Cesari, the historic Veronese company founded in 1936 and property of Caviro Group since 2014, inaugurates the new Fumane winery in the very heart of Valpolicella Classica. Dedicated to the drying, pressing and fermentation of Amarone and Ripasso, this new winery, with a modern design and surrounded by vineyards, has been realized with an investment of about 20 million euros and will be able to reach a production volume of 4 million bottles a year

The Structure of the Winery

Construction work began four years ago. Firstly, a state-of-the-art storage deposit (‘fruttaio’) was created – one of the largest in Valpolicella – featuring humidity control technologies that channel the natural air of the valley to enhance the drying of the grapes.

The storage deposit was then flanked by a vinification cellar, in order to make wine on site, and an underground storage cellar capable of hosting up to 5 vintages of Amarone. The structure also presents a bottling warehouse, two tasting rooms and an elegant shop that recall the territory, like the semicircular exhibitors made in wood and iron that resemble the Verona Arena.

On November 29th, the Undersecretary of the Ministry of Agriculture Gian Marco Centinaio was there to cut the ribbon, joined by the President of Alleanza Cooperative Agroalimentari Giorgio Mercuri and the President of the Consorzio Valpolicella Christian Marchesini.

“The new Fumane winery combines tradition and innovation, by conjugating environmental and economic sustainability, paying particular attention to the landscape – said Centinaio -. The investment of this historic company will consolidate its position in Italy and abroad, helping to promote the ‘Made in Italy’ quality all over the world and making the excellent wines of Verona and Valpolicella known more and more. At the same time, it represents an opportunity for employment and for the related activities of the territory.”

“The new Cesari winery primarily represents an act of trust towards the future, the territory and the people – commented Carlo Dalmonte, President of Caviro Group -. The Group decided to invest 20 million euros – a significant commitment – to carry out this cutting-edge project, integrated in the heart of Valpolicella, centered on the quality of Cesari products and with full respect for the resources and the environment. Sustainability and enhancement of what comes directly from the ground are the fundamental pillars on which our structure is founded. ”