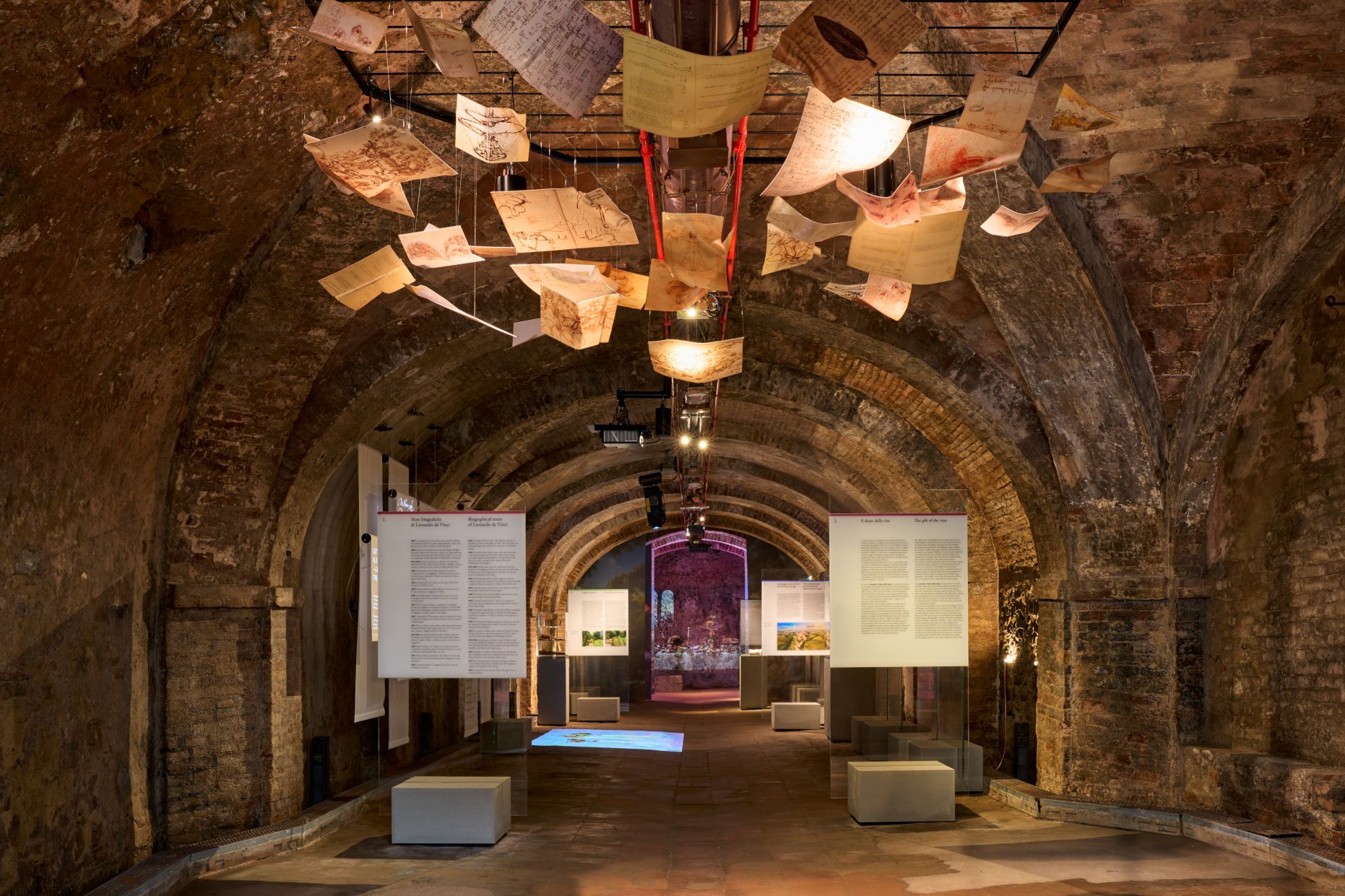 Created by Leonardo da Vinci Spa, it hosts the exhibition “Leonardo: il dono della vigna” (Leonardo: the Gift of the Vineyard). There’s also a specific area for tasting the wine made with Metodo Leonardo®

Created by Leonardo da Vinci Spa, a company jointly owned by Cantine Leonardo da Vinci and Caviro Sca, the Leonardo Wine Genius exhibition space was inaugurated in Vinci, with the patronage of the municipality. The space hosts the interactive exhibition “Leonardo: il dono della vigna”: a journey to discover Master Leonardo da Vinci’s passion for botany and enology, his deep bond with the soil, starting from agronomic studies to scientific and engineering insights.

The Leonardo Wine Genius space can be visited for free every day from 10 am to 6 pm and is located in via Montalbano 2, in the very centre of the picturesque village of Vinci in the Chianti wine region, enhancing its cultural attractions.

Giuseppe Torchia, mayor of Vinci, comments: “This new cultural space within the historic centre of Vinci will represent an evocative reference point for tourists. This operation is a valid example of collaboration between public institutions and private bodies on our territory, which has always been deeply bonded to the cultivation of the vine”.

Leonardo through the centuries: an interactive exhibition

Through the centuries, the figure of Leonardo has never ceased to fascinate people. Inventor, scientist and artist, the Tuscan genius was also very interested in fine drinking, a precursor agronomist and enologist, to the point that he defined wine as “the divine liquor of grape”.

The exhibition Leonardo: Il dono della vigna – which takes place in an ancient gallery that was a wine museum in the XIX century – shows Leonardo’s passion for viticulture, in an enveloping atmosphere enriched by multimedia suggestions.

The tour relies on the scientific advice of Professor Attilio Scienza and unfolds between Leonardo’s experience in his early years in Tuscany and his journey in 1502 to Romagna, where he tasted local wines and designed sophisticated winemaking techniques. In Romagna Leonardo drew two bunches of grapes with the note “Grapes brought to Cesena”: this is the only sketch of a grape fruit that has come down to us, and it has been digitized and displayed in the exhibition.

It goes on with the story of his years in Milan at the court of Ludovico il Moro, who donated to Leonardo a hectare of vineyard – the remains of which are part of the exhibition – as a reward for the realization of the Last Supper.

Testimony of Leonardo’s pioneering vision and subject of the exhibition is the letter sent by the Genius himself to his farmer in Fiesole in 1515, where he complains about the wine he drank in Milan, explaining that the bad quality of the product is to be found in the wrong vinification method.

Leonardo: Il dono della vigna has been realized by Leonardo da Vinci Spa in collaboration with Giunti Editore, a historic Florentine publishing house that has been involved for over 50 years in a project for the dissemination and reproduction of Leonardo’s codices.

The recovery of Leonardo’s enological method

Upon his death, the method suggested by Leonardo to produce his own wine was forgotten. After five centuries, Leonardo da Vinci Spa has committed to the rediscovery and recovery of the scientific enological research started by Leonardo, in order to implement a modern and updated version of his method, used today for the production of excellent wines.

Today the Metodo Leonardo® is an exclusive and constantly evolving production protocol, with specific qualitative and quantitative criteria for each production phase.

SimonPietro Felice, CEO of Leonardo da Vinci SpA and General Director of Caviro Group, comments: “From its creation 20 years ago, Leonardo da Vinci Spa has spread its knowledge of Leonardo and his extraordinary versatility to the world. We export our premium and super premium wines to 42 countries, with Chianti da Vinci as market leader in the United States. For us, this new exhibition space is a source of great pride, and shows new and interesting aspects of the Tuscan Genius”.