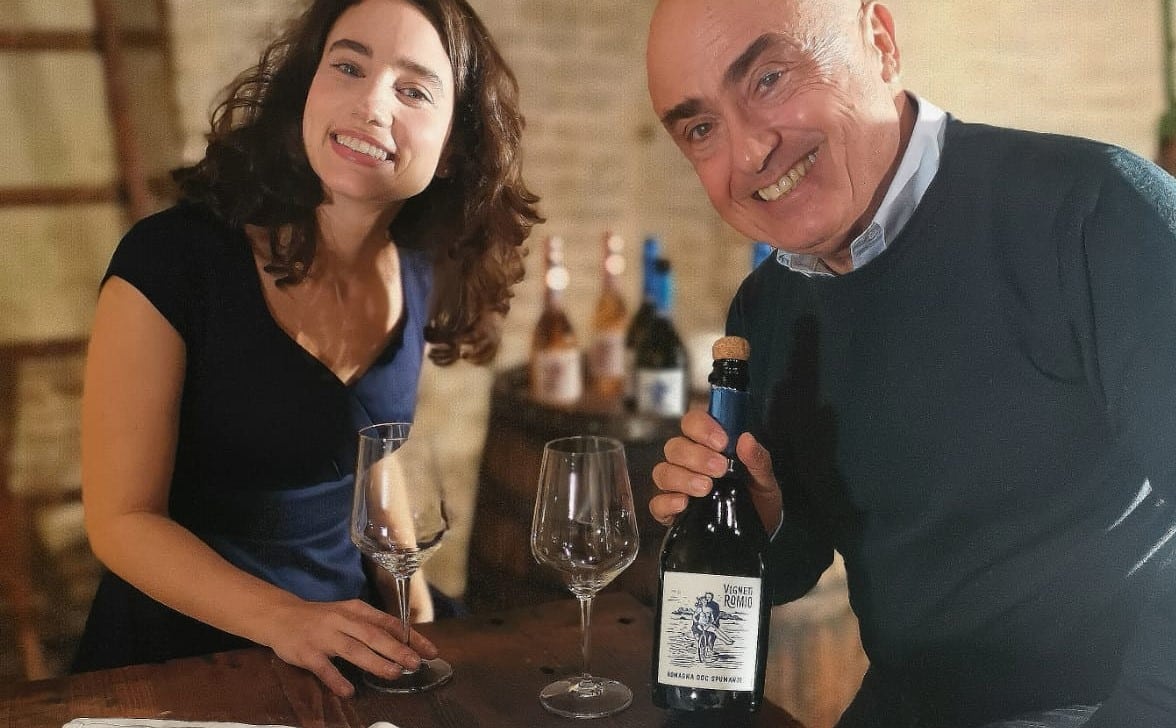 The second short film by the well-known Italian actor for Caviro Group is now online, inspired by the Novebolle Romagna DOC Spumante Bianco from the Vigneti Romio line

A little more than a month after the release of the first short film, here is the second episode by Paolo Cevoli for the series «Ti verso una storia…», a promotional campaign dedicated to the Romagna DOC wines produced by Caviro Group.

Like the first episode, dedicated to Sangiovese, also this original short film is written and starred by Paolo Cevoli who, with his unique style, mixes humour and wisdom to narrate the story of the encounter between a boy and a girl, in a background of soccer matches, restaurant dinners and squabbles between friends.

A story of love and disappointment, foolishness and rediscovery, so touching in its simplicity.

For this second, romantic episode Paolo Cevoli found inspiration in the bubbles of Novebolle Romagna DOC Spumante from the Caviro Vigneti Romio line, a fruity and fresh wine, made with young grapes harvested at the end of August.

The label bears an engraving portraying two smiling young people riding a bicycle, just like the lovers in the song by Maestro Secondo Casadei, «Un bes in bicicletta» (kissing on a bicycle).

The image is the work of Barbara Donati, an artist from Faenza who has signed all the labels of the Vigneti Romio line, inspired by “La Pié”, a Romagna magazine – now no longer published – founded in 1920 and which over time has become a memory for the preservation and knowledge of the elements constituting the character and history of Romagna.