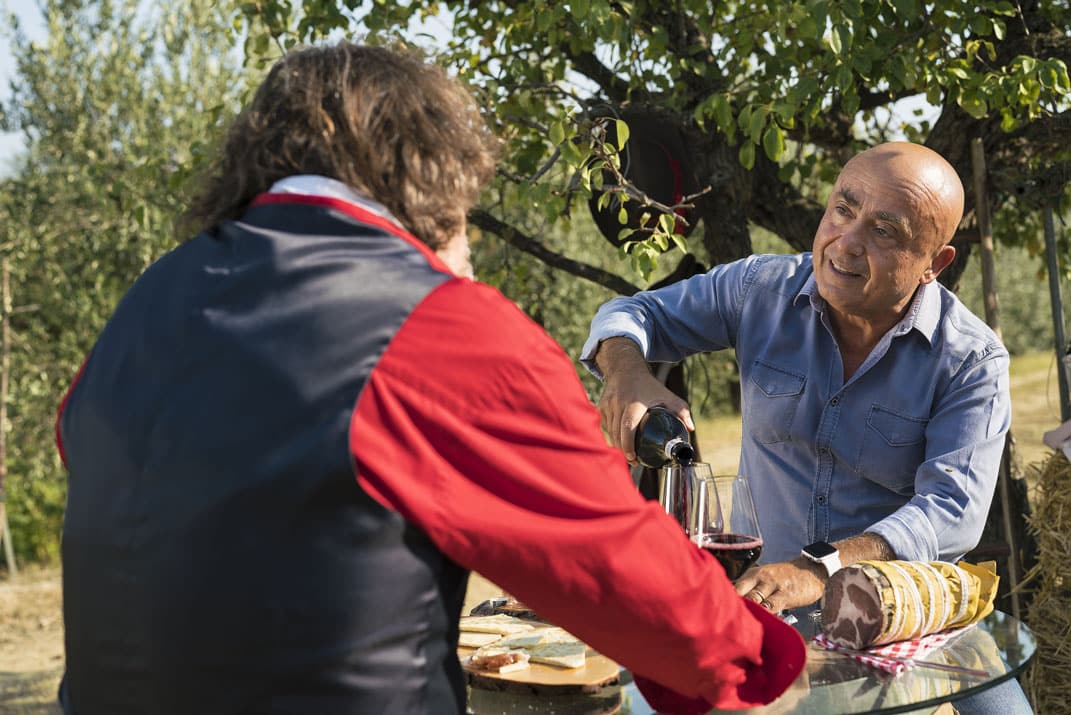 «Ti verso una storia…» is the title and the synthesis of a communication project dedicated to the line of DOC wines of Romagna, promoted by Caviro Group thanks to a collaboration with the well-known actor and comedian Paolo Cevoli. Some original short films have been made within this partnership, which will be posted on the social channels of the actor from Riccione, starting from episode one, inspired by the most characteristic and renowned Romagna wine: Sangiovese, namely the Sangiovese Doc Romagna Superiore Riserva from the Vigneti Romio line. In the short film, written and performed by Paolo Cevoli, the viewer will immerse in a story of tradition and mystery, taste and nature, where the story goes hand in hand with the love for wine, traditions and the countryside.

The inspiration for the story is the label of the bottle selected for the short-film, an engraving by the artist Barbara Donati for the Vigneti Romio line, inspired by “La Pié”, a Romagna magazine – now no longer published – founded in 1920 and which over time has become a memory for the preservation and knowledge of the elements constituting the character and history of Romagna.

Sangiovese Doc Romagna Superiore Riserva also is an intense wine, deeply rooted in our hills and territory, from grapes manually harvested between mid-September and early October. A product that is aged at least twelve months in barrique and that thanks to its complexity and enveloping, stands out as a symbol of the land of Romagna and its history.